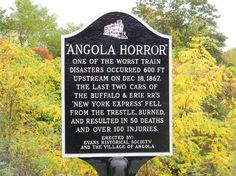 In the beginning the only building out this way was a house near the mouth of Eighteen-mile Creek, on the west side. Joel Harvey was a chance taker and settled in this unknown area in 1804, being the first settlement in the territory of Evans. Within a few succeeding years a number of settlers located either near Harvey or farther up the lake, but they moved away and their names are mostly not known. In 1806 Harvey, upon noticing the flow of pioneers heading to the new western territories. He knew this was a chance to help the explosions in growth so many wanted, and so he made his home larger for hotel use, and even included a tavern. The name of this new watering hole and rest stop was apparent: The Frontier House. Clever!

In 1808 Ebenezer Ingersoll settled in the area, and although many pioneers came through Harvey’s establishment, it would not be till 1809 when the first real settlement about three miles southwest of the tavern was settled by Aaron Salisbury, who became a prominent citizen. Later, in 1810, Anderson Taylor settled in the area we call today Evans Center. Others, such as Lay, Martins and Baker, settled near the lake.  About that time Job Palmer replaced Joel Harvey at The Frontier House.

In1812 - two names we know today -  William Cash along with along with Haz Dibble came from Dutchess County. Mr. Cash cleared a large area of land and had one of the finer farms in Evans. Immigration was so rapid after the war of 1812, that the legislators begin to investigate township for our area. In March of 1821 the New York legislator passed a bill of "Erection " and Evans became a town on March 31 1821.

Please use this form to contact us about a property which you are interested in purchasing, listing as vacant, or want to report as needing maintenance.